On Thursday evening, participants of the 10th annual IPSW will be invited to attend the Irish Whiskey Museum located on Grafton Street across from historical Trinity College. The Irish Whiskey Museum offers an interactive, ultra-modern tour offering a journey back through time to discover the tale of Irish whiskeys, its unique origins, its rise to glory, its dramatic fall and its current revival in this museum. The evening will offer wonderful stories by the entertaining guides that will bring you back through the ages of Irish whiskey. Visitors will be greeted with mouth-watering finger food during the tour and will be entertained by musicians providing traditional Irish music to complete your Irish experience.

More details of this tremendous and true Irish Whiskey Tour can be found at http://www.irishwhiskeymuseum.ie/ 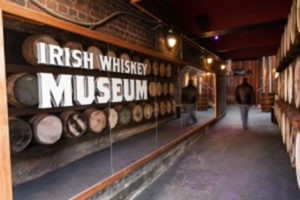 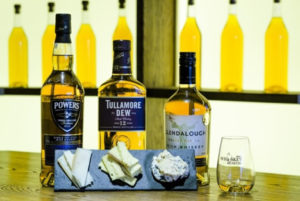 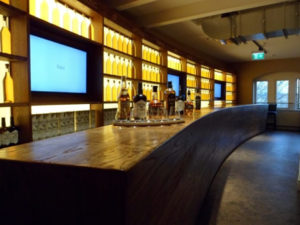 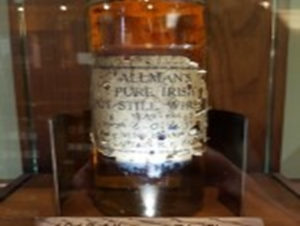 Smock Alley Theatre located in the heart of Dublin city nestled on the banks of the River Liffey in a quiet part of Temple Bar dates back to 1662 when it was opened as the first Theatre Royal outside of London by John Obilby. It was the first custom built theatre in Dublin city and it still remains in substantially the same form, making it one of the most important sites in European theatre history. Sadly through old age, rival theatres and a number of new found structural problems, the once great theatre fell into disrepair and disfavour of the city. No longer The Theatre Royal, the great doors closed in 1787. The building changed hands several times until it was eventually stripped bare of its fine interior and reduced to a lowly warehouse housing whiskey barrels and flowers for the flower market.

In 1811, the building was converted in to a Catholic church and became one of the most popular churches in Dublin. The church was best known for the illegal catholic bell which proudly rang on the top of the new church building located in the heart of Dublin city which was under British rule at the time. Finally in 2012, Smock Alley Theatre returned to its roots. 350 years after it was first built the theatre was carefully and lovingly restored to become Dublin’s Oldest Newest Theatre. It was once again a bustling hub of theatre, song, dance, art and creativity. The IPSW committee invites participants of the workshop to attend this historical building for a meal and traditional Irish music and learn the history of ancient Ireland.

More details of Smock Alley Theatre can be found at http://smockalley.com/

All Hallows campus is DCU’s oldest campus dating back to 1842 and located in Drumcondra. Originally the college focused on the training of priests which were then located in parishes across Ireland, UK, Europe, USA, Canada and across the world. In 1960, the college started accepting woman from the religious order and all other students offering education in theology, humanities and pastoral studies. In 1999, the college degree programs were recognized by Dublin City University and thus it allowed for the graduates on subject basis to be recognized by the Irish teaching council in order to teach in Irish secondary schools. In 2014, due to decreasing student numbers the college made the decision to wind down and no longer offer degree programs after over 100 years of a notable history. The campus was then purchased by Dublin City University and renovation work was carried out to keep in line with the history and culture of the notable and beautiful campus. Today, the campus is used for accommodation of Dublin City University students and still maintains its purpose in education. Members of the IPSW will be invited to tour the ancient college grounds to see the beauty it offers and learn of the history that it possess.

Images property of DCU which we have full permission to use.